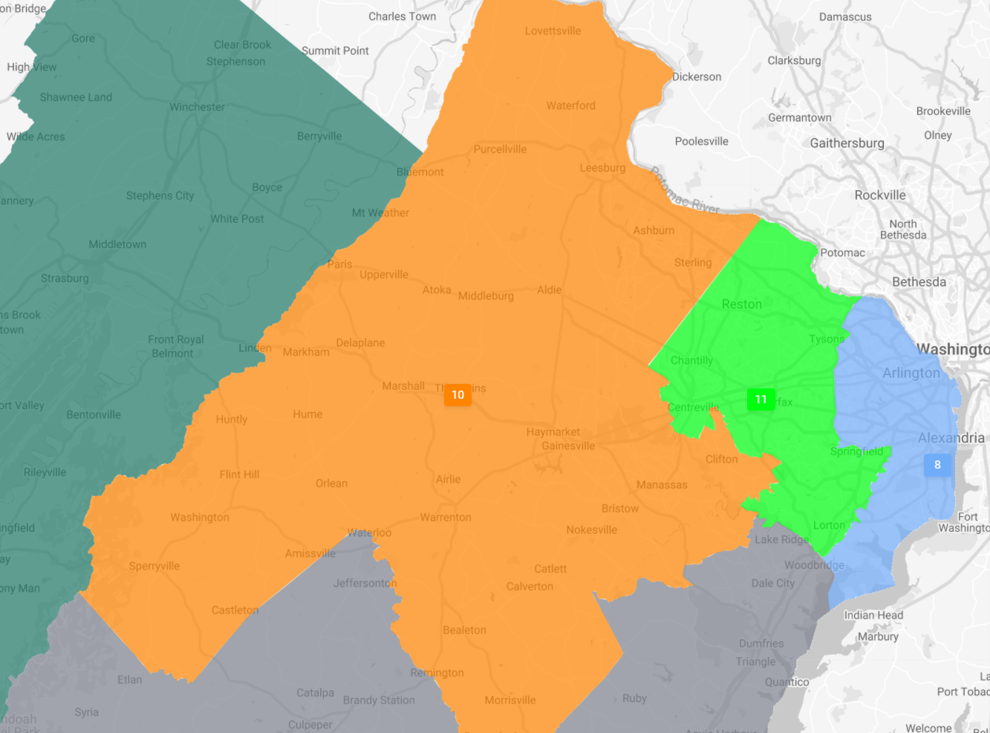 Written By: Inside Nova

Prince William County will be split between two Congressional districts starting with the 2022 election.

The court took over the redistricting, required after the 2020 Census, because the state’s redistricting commission could not reach agreement on new maps.

Prince William will lose one representative each in the Virginia House of Delegates and state Senate, but the new districts will primarily focus on Prince William, whereas many of the current districts are shared with neighboring localities.

An initial map proposed by the Supreme Court placed all of Prince William, along with the cities of Manassas and Manassas Park in a new 7th Congresssional District, which also included Stafford County and the city of Fredericksburg. However, after two public hearings, the court split Prince William practically down the middle between the 7th and 10th districts.